Erin MaxwellJanuary 15, 2021
There’s a battle brewing, and it’s being fought by streaming services, cable TV and Primetime television. If you’re too weak to resist, UnBinged is here to help, telling you what to hate, what to love and what to love to hate. In pandemic times, we need it more than ever. This week: a new season of Cobra Kai waxes on; Sabrina’s Chilling Adventures come to an anti-climactic conclusion; and Stephen King’s The Stand gets a chronological makeover.

Based on the Karate Kid franchise of yesteryear, the former YouTube series follows the exploits of Johnny Lawrence (played to perfection by ‘80s bad boy William Zabka), a one-time bully trying to get his shit together after 25 years of bad decisions. To do so, he re-establishes his former karate dojo to foster a new generation of misguided teens, much to the dismay of his high school nemesis Daniel LaRusso (Ralph Macchio). Now on Netflix, the third season explores the tension between the two rivals and their students, takes a moment to appreciate Karate Kid II, and spotlights a common enemy: Johnny’s former sensei/leg-sweeping enthusiast John Kreese (Martin Rove).

Much like Stranger Things and GLOW, Cobra Kai relies heavily on nostalgia to garner the attention of 40-somethings, but its ability to reinvent ’80s movie tropes is what makes it clever. The show breaks the mold set by the original movie, rewriting the standard underdog format. Watching Johnny’s arc develop after a three-decade hiatus adds depth to a previously two-dimensional character, while following Daniel and Johnny as they repeat past mistakes with a new generation through the lens of adulthood.

With this, Cobra Kai ably adapts the legacy of the Karate Kid into an action-packed dramedy that is both relevant and incredibly fun. Pulling tension and humor from a historic rivalry the show also offers well-choreographed fight sequences fans would expect. With a touch of heart and soul thanks to crackerjack writing, Cobra Kai leaps from enjoyable flashback to something new and exceptional. 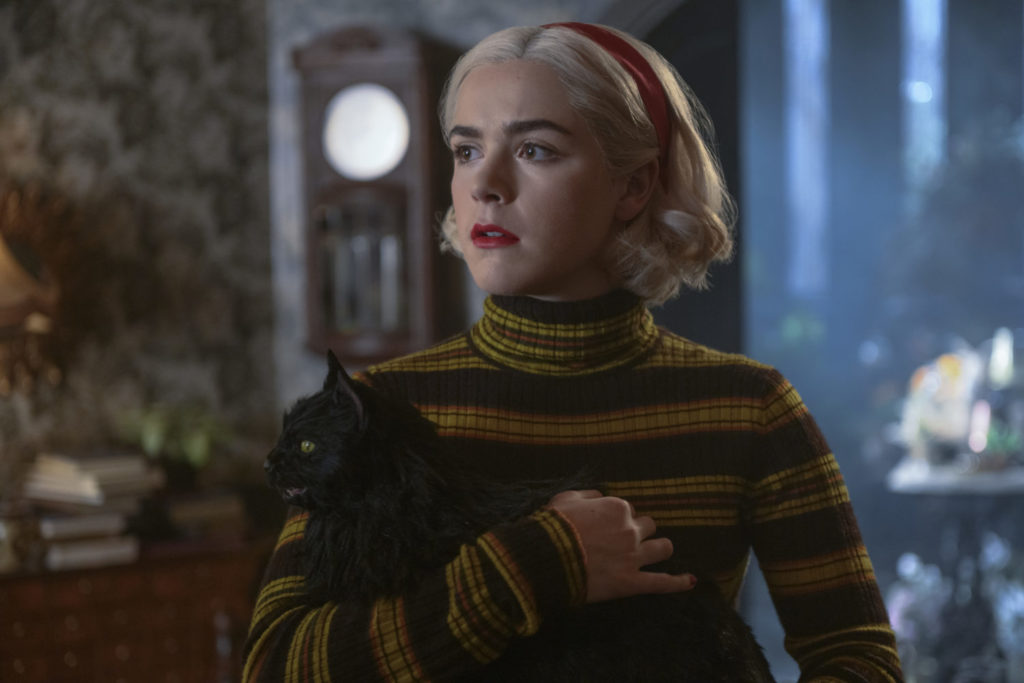 Netflix’s Chilling Adventures of Sabrina has come to an end following a flurry of cancellations from the streaming service that left the cast and crew seemingly scrambling to conclude their storylines. And sadly, this led to a few tragic decisions regarding the tale of the teen witch.

The white-haired sorceress of Archie Comics made her debut on Netflix back in 2018. Starring Kiernan Shipka and following in the footsteps of its campy older sibling Riverdale, the show had a mirthful feel and a devilish sense of humor. An American Horror Story for the teenybopper sect, the series was filled with enough blood, guts, Lovecraftian monsters, and bitchcraft to keep even the most cynical Satan worshipper happy. However, as the story traipsed on, the teen witch melodrama lost its footing and got a little messy. Story arcs and characters felt underdeveloped while the narrative suffered under the weight of its own complexity. Now in the final season (aka Part 4), the series slugs its way over the finish line like a horse with a broken leg. In its rush to finish the season, the show disregarded continuity, character development, and good storytelling, leaving gaping plot holes and disappointment in its wake.

The final season is not without some merit. The show goes all-in for its conclusion, doubling-down on gore and absurdity, including a fantastic and hilarious callback to the ‘90s Sabrina sitcom. But talking cat puppets and walks down memory lane aside, the season was rushed, and it showed. Storylines were left unfinished, leaving dozens of threads hanging from the fabric of the show. Worse is the fate of poor Sabrina Spellman/Morningstar, an icon who transcended the funny pages to become a small screen sensation and who warranted an ending worthy of her hero’s journey, but got shafted by stilted writing and unforeseen circumstances. A hex on you, Netflix. You have done these characters dirty. They deserved a fate much better than what they got. Back in 1978, horrormeister Stephen King debuted The Stand, his behemoth tome about a virus that wipes out 99% of Earth’s population and pits good against evil in a battle for the planet. It was a sensation ripe for adaptation and it is especially relevant right now. But sadly, this is not the version of The Stand you are looking for.

When adapting a beloved book that defined a generation, not everyone is going to be happy, of course. It is hard to satiate a devoted fanbase. This CBS All Access’ miniseries is filled with good intentions and offers moments of bliss for any King fan to dig into, but as a whole, the decision to butcher the chronological order of the original narrative creates an uneven viewing experience riddled with confusion.

For the most part, The Stand delivers on a lot of promises. It’s extremely well cast with actors that embody the characters, physically and emotionally. Stand-outs include James Marsden, Owen Teague, and Brad William Henke, but Alexander Skarsgard deserves a special shout out as Randall Flagg, who brings to mind his old vamp character in True Blood, evoking evil on a low simmer.

Also great are the many small details, Easter eggs, and modern touches that were added to modernize the 40-year-old story. It’s clear that the creators of the series are super fans who respect the material. It’s a shame the change in continuity sinks the adaptation for anyone not well versed in the King universe.

Parallel timelines and flashbacks  are narrative devices that have been used to success in recent reboots such as 2019’s Little Women. But this strategy only works when everyone knows the story. The Stand has dozens of characters, locations and story lines, so using this format to do all the heavy-lifting is not only jarring, but destructive. There are gaps in the plot that remain unexplained for those unfamiliar with this story and character development becomes nil due to the new framework.

In the end, The Stand is a series built on good intentions, but with little thought for the indoctrinated, creating a bumpy ride for any newbie looking to get into Stephen King. For morbidly curious super fans, it’s worth a look-see but those unfamiliar with the story should read the book and skip the series, as it doesn’t clearly represent what is considered King’s greatest work.